CNP fraud and payments have always been complex. In an age of constant data breaches, rising fraud, and consumers demanding seamless, convenient shopping experiences on any device, the universe of companies providing solutions for these business problems is exploding.

Merchants with limited time don't always have the resources to find the providers who best meet their digital fraud prevention and payments facilitation needs. That's where we come in... Get our FREE CNP Buyer's Guide to learn which solution providers can help you navigate the e-commerce and m-commerce payments and fraud ecosystems.

As you’re all too aware, merchants in every vertical of the e-commerce space face a complex payments environment and increasingly sophisticated fraud threats. The entire ecosystem can benefit from our educational content, but our merchant readers also want badly to hear from their peers.

We want to give you the opportunity to share your expertise with the understanding that you will benefit from the same in areas where you might not be as knowledgeable. At our next CNP Expo please consider sharing your successes with our community as a presenter or panelist and get an All-Access Pass for your efforts.

Apply for a Speaker Position

Verifying identity in a digital economy, where risk is on the rise

Get the White Paper 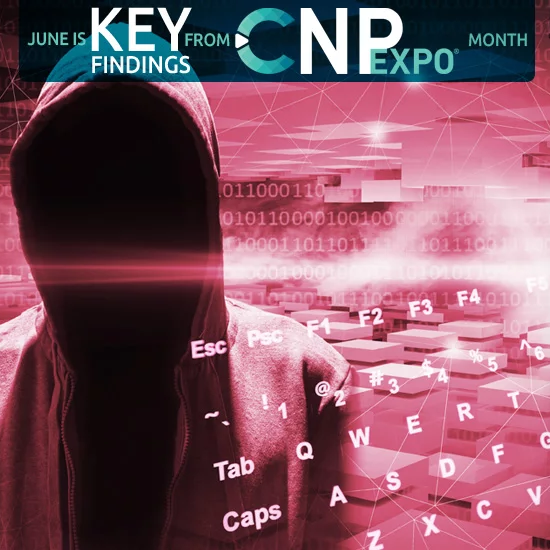 [Editor’s Note: During the recent CNP Expo in San Francisco, former U.S. Most Wanted hacker and fraudster Brett Johnson sat down with writer Mike Russell to share a few snapshots from the dark web, how companies paint targets on their backs, and how one rises up through the ranks of the dark web to become an internet godfather. This interview first ran in About-Fraud.com.]

Mike Russell: What’s the general response on dark web fora to fraud prevention strategies powered by machine learning?
Brett Johnson: It reminds me of browser-based fingerprints. Back in 2011, fraudsters who had read white papers about it they were scared. By 2013, they’d found a way around their ‘problem.’
Similarly, machine learning had them worried until... 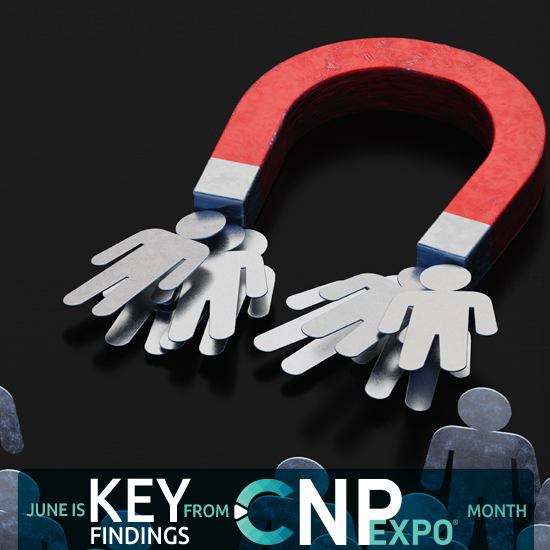 Day 2 of CNP Expo featured the first full day of education sessions, fireside chats, solutions sessions and the week’s first keynote address. Payment conversion, reducing chargebacks, advanced antifraud technology, fraud analytics and how criminals are attacking shipping were just some of the topics on the agenda that day. Here are the highlights... 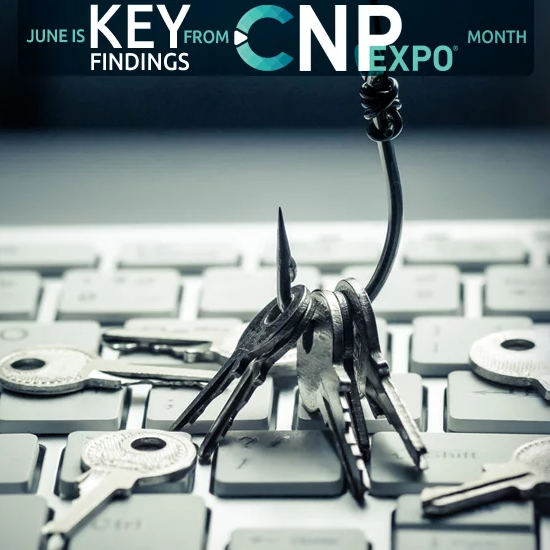 One of the most perfidious types of fraud is social engineering, which is growing at an alarming rate. I was fortunate enough to attend the CNP Expo in San Francisco recently, where multiple keynote speakers provided some excellent insight on the epidemic.

Karisse Hendrick and Brett Johnson are always a can't-miss duo and this was no exception. They provided some educational thoughts on how merchants are particularly susceptible to social engineering through the call center. The following day, Supervisory Special Agent Elvis Chan of the FBI summed things up well when he said, "only amateurs attack machines; professionals attack people".

Technology has allowed fraudsters to... 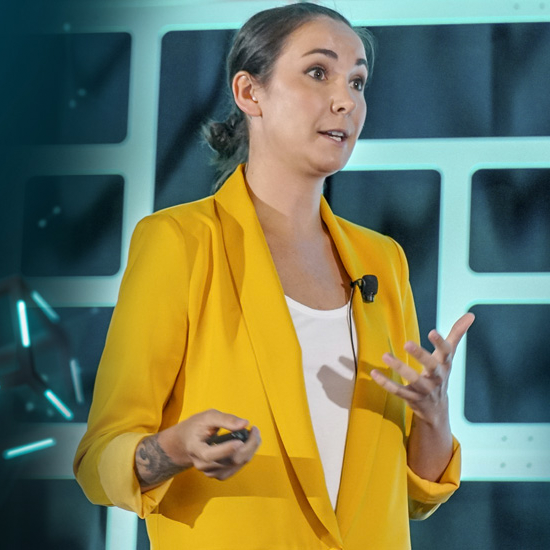 Day 2 Keynotes: Building Bridges with Law Enforcement and the Future

Thursday at CNP Expo kicked off with two superb keynote addresses. First up, Supervisory Special Agent Elvis Chan of the FBI examined the current cyber threat landscape and outlined how the fraud industry and law enforcement can engage more effectively. And, blockchain entrepreneur Samantha Radocchia brought attendees into the future to see how blockchain-based technologies might affect digital payments and fraud moving forward.

Chan noted criminal fraud’s place in the spectrum of cyber threats and named synthetic ID fraud as the top concern in this area for the FBIs. He agreed with yesterday’s keynote, Brett Johnson, that social engineering is how most accomplished fraudsters are obtaining the information or access they need to steal from online companies. Where Johnson plied his social engineering tactics over the phone, Chan notes that social engineers are using other channels, too.

“Online these guys are ninjas,” Chan said, “They are really good at figuring out... 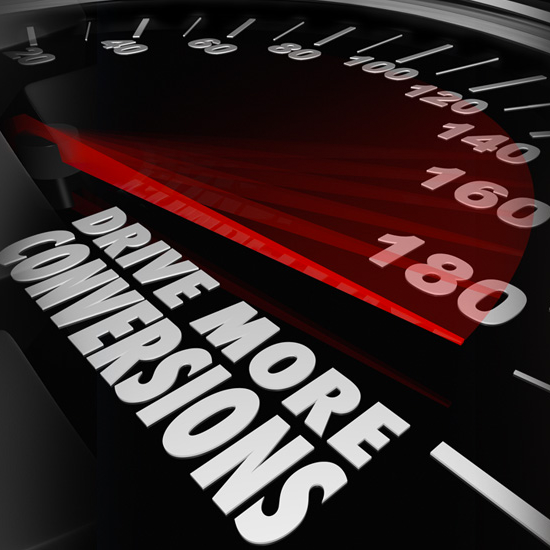 When it comes to payments and fraud, ensuring frictionless transactions is invaluable. That was the message CNP attendees took away from today’s Payments and Fraud Boot Camp, presented by Radial.

Because card-not-present (CNP) transactions have an inherently different payment profile than card-present ones, speakers from Radial explained the basic elements of CNP payments (merchant account, interchange, cost and security) for attendees new to the industry.

The payment and the fraud both start at 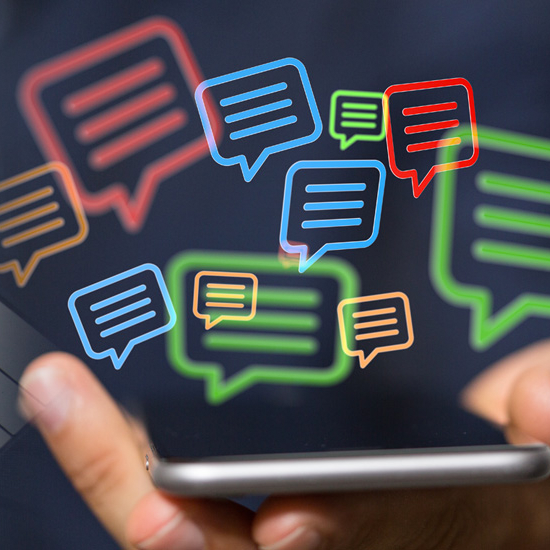 Former fraudster turned fraud fighter Brett Johnson, founder and CEO of AnglerPhish.com, shared the story of his criminal exploits with attendees at today’s CNP Expo in San Francisco. His life of crime began when he was 10 years old and culminated in the U.S. Secret Service dubbing him, “The Original Internet Godfather.”

After scamming a woman out of $1,500 in a fraudulent online sale, Johnson said, “The first lesson in cyber-crime that I ever learned was that if you delay a victim long enough, they get so exasperated, they walk away. Very few ever report anything to law enforcement.”

In 2004, Johnson himself was scammed by a fraudster, which gave birth to Shadowcrew... 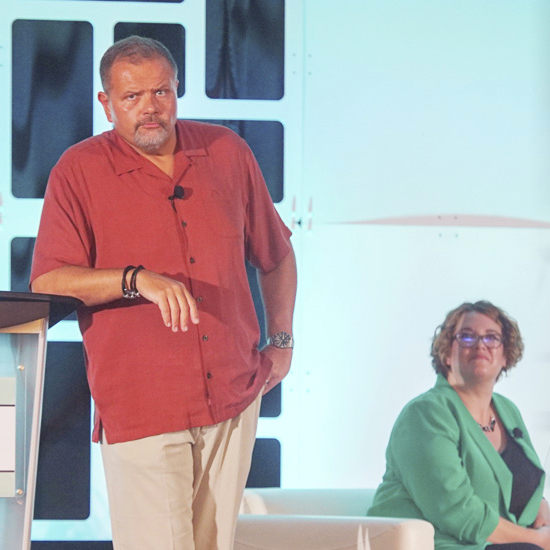 A former fraudster and a former merchant took their show on the road today at CNP Expo. Brett Johnson, who served time in federal prison for defrauding e-commerce merchants, and Karisse Hendrick, a consultant in the space and fraud fighter for various merchants, teamed up as keynote speakers today at CNP Expo in San Francisco.

Over the past year, Johnson and Hendrick have together streamed their views and advice on fraud from divergent perspectives on an increasingly popular podcast. The odd couple met at CNP Expo two years ago and have collaborated since. On Wednesday, they recorded an episode of The Online Fraudcast live on the event’s main stage.

The main focus of the episode was social engineering. According to Johnson...

Card Not Present®, CNP SummitTM, The CNP Report® is a registered trademark of RELX Inc. | cardnotpresent.com